AppVeyor is one of the Continuous Integration Services in the cloud, ready to use, with minimal configuration. It provides a Windows Server image with tooling to build, test and deploy ours .NET applications. Among the baseline software is .NET Core, however, the version is 1.0.4 (at the time of writing this post).

Following the documentation, we can install any SDK version using the terminal/command line. The version that my project needs is 2.0.0-preview2-006497. Let the games begin!

In a Powershell command line, I craft the command for my version, as:

And Powershell informed me: 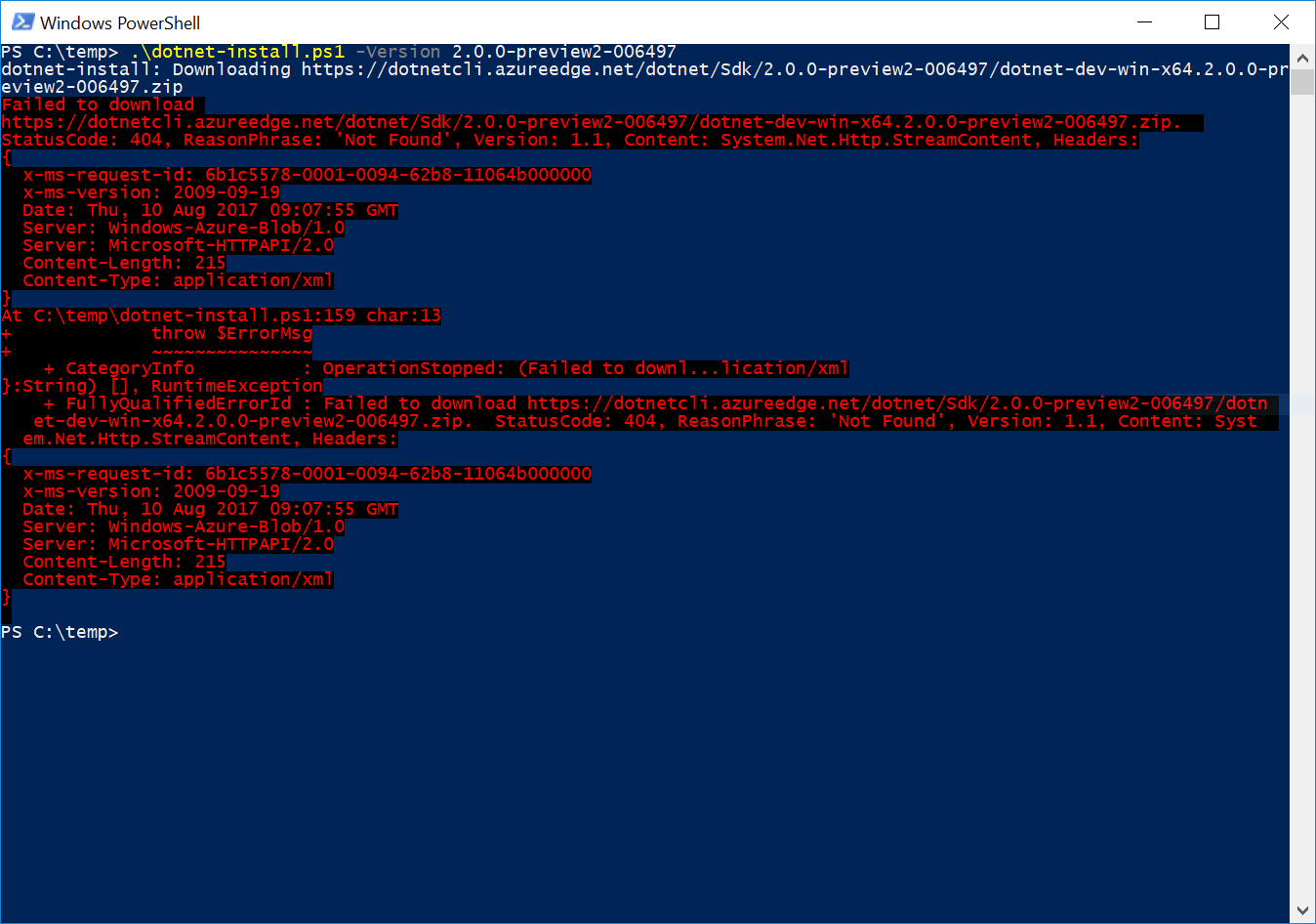 Hmmm, the required version doesn’t exist in the blob. A roadblock… Nothing major. Opening the [source code]script_source_code of the script, we can see that the SDK download link is built based on a few parameters.

The .NET Team already did all the work regarding downloading, unpacking and installing the SDK, and I can leverage the script to get the SDK from another source. The official download link is https://download.microsoft.com/download/F/A/A/FAAE9280-F410-458E-8819-279C5A68EDCF/dotnet-sdk-2.0.0-preview2-006497-win-x64.zip.

Doing a little tweak to the file, it is possible to point the download of the SDK to the official download link:

At this point, I have all the individual components to make the final solution. The appveyor.yml file needs to execute the dotnet_install script before building the .NET Core 2 application:

Hurray, I have .NET Core 2.0 SDK installed, and my application is built successfully! :)

You can use this solution to install any version of the SDK that is not supported by the AppVeyor official image. You can jump to .NET Core 2.1!